Muscle Rider – is a sensational fusion of blood-thrilling endless races, 100% realistic feeling of driving and the unlimited number of exciting tracks!
Each time before you there is a unique track with its unforgettable sensations and dangers. Participate in competitions and free rides on your American musclecar, earn money to build a garage full of beautiful musclecars and upgrade them to real beasts. This game will give you a good shot of adrenaline and satisfaction of speed.
Try the real novelty of the season and become the champion!

INCREDIBLE GRAPHICS QUALITY
Muscle Rider squeezes all the juice out of your gadget. The game was created specifically to showcase the best capabilities of mobile devices and tablets. All possible achievements of the gaming industry in graphics are optimized for these platforms to deliver maximum enjoyment from the game.
+ Stunning detalization of tracks and cars
+ Patches of light on surfaces
+ The effect of blurring images at high speed
+ Full-screen effects
+ HD Textures

REAL PHYSICS OF MOVEMENT
Feel the power and flexibility of your muscular kid, thanks to the most realistic driving physics. Feel the reality of the crashes, springboards, track profiles in the fight for the first place!

FREEDOM ON THE ROAD
The game will not let you get bored. Choose your mode depending on your mood – Freeride or Races. Do you aspire to leadership? Complete the challenges to discover new and even more exciting competitions that you will want to go through again and again, perfecting your skills. Want to warm up? Freeride is designed specifically for mischievous walks.

COLLECT A FULL GARAGE
Gorgeous musclecars of the twentieth century inspired us to create our own stable of 6 powerful, but not similar to each other by their temper and maneuverability. Try each one and choose yours.

CAR UPGRADES
At least 45 improvements for each car are available in the garage. Changing specifications, experiencing a new style of driving which is even more audacious. Set up appearance to your liking – add personality. And wait for the next game updates!

LEADERBOARDS
Be the best among other Muscle Rider players competing for the title of the strongest racer in the world using online leaderboards in Google Play Game. Share your achievements and results with friends on Facebook and Twitter.

MANY OPPORTUNITIES
+ Every time a new track is generated
+ The actual physics of the vehicles
+ Great graphics
+ Optimized for tablets
+ A lot of bonuses on the track
+ Sophisticated and exciting quests
+ Various control schemes
+ Customize assistance in driving a car
+ 6 unique cars, inspired by the most powerful muscle cars of the twentieth century.
+ 45 improvements for each car
+ The set of visual changes for vehicles, including body painting, different kinds of tinting, exhaust pipes, wheels
+ Detailed player statistics
+ More than 70 achievements
+ Original soundtrack 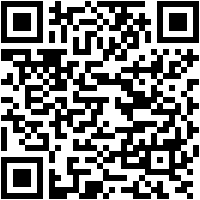 Ace Commando is a stealth and action-packed shooter game for the mobile.
✔ This military themed game has multiple missions backed with an interesting plot.
✔ You as player can use stealth or run and gun against various AI enemies.
✔ You also get to complete other mission objectives, collect cash and fight bosses.
✔ With each mission you get currency and experience points to upgrade your weapons and skins.

Award Winning Game
🏆Ace Commando has been selected by Google for their first ever Indie Games Accelerator Asia-Pacific in Year 2018.

Realistic and High Fidelity Graphics
✔ Ace Commando is designed with realistic and high-quality graphics.
✔ It has smooth combat controls and game-play.

Permissions
To deliver the best experience we request some permissions from our users:
☑ READ_WRITE_FILES: Needed to cache & read video content during gameplay. 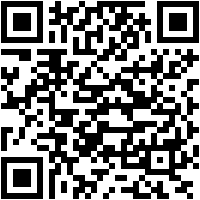 It’s nearing closing time at the thrift shop “One Hundred Denarii“.
The exhausted store owner locks up after the last customer leaves,
and yet chatter is heard in this supposedly empty store.
Jo, the cutting board was once an arrow,
Frying pan Bi, a recycled kunai,
and Cal, the knife, with the same iron ore as a bullet.
The amazing stories of these everyday tools are about to unfold.

※ ‘REDDEN!’ is free of charge for the first episode, and subsequent episodes require in-app billing.

REDDEN tells the tales of forgotten tools using their own voices.
Become an arrow, kunai, and bullet from across the centuries
and turn common items into heroes of legend!

# Beautiful and unique world that symbolizes the features of each object.
Thirty-three ancient, medieval, and modern historic scenes as remembered by tools!
Explore the world through moments that only tools can perceive.
Experience the simple yet unique world of tools!

# Simple control. All you need are quick instincts.
You will become a tool in a moment of history that rides the wind, avoiding and destroying obstacles to hit your target.
Drag the screen or tilt your device for intuitive gameplay!
Don’t give up! All you need is intuition.

# Destroy to move forward!
Ride the wind and raise your speed to use skills.
Use skills to destroy objects in your way.
Never stop and continue onward until you’ve eliminated the final target of the episode!

# Use each of the three characters’ unique skills wisely!
Jo, Bi, and Cal all have their own skills that adds fun in distinct ways.
Spin and go full speed to pulverize; create clones; and blow up your surroundings.
Your skills and strategies will help you complete each episode!

# Fantastical and magical episodes.
As each stage progresses, the actions and introspections of the tools
will guide you into a story of beautiful moving illustrations.
What awaits you at the end of the their long tale? 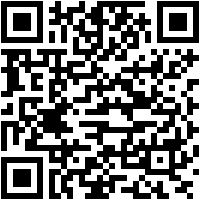 Want to be a Champion Soccer Star?

From an unknown soccer teenager to a soccer superstar, starting from the junior club in your hometown to the world’s top team, and finally leading the national team to win the world championship. All in the CHAMPION SOCCER STAR!

⚽ Drag to aim, tap to shoot, let the physics simulate a real and funny shooting.

⚽ Easy to handle, Whether you are a casual player or a soccer player, you can enjoy the game.

⚽ Thousands of clubs in the real world that you can choose. join the top teams and score the most incredible goals.

⚽ With a variety of incredible playback shots, you can enjoy your goal from all angles. You can also save your goal replay.

⚽ Challenge various cups, such as Champions League and Libertadores Cup.

⚽ You can also join the national team to win the World/Europe/América champion.

⚽ New arcade mode and freekick master mode. Let’s see what position you can get on the global leaderboard.

⚽ A new popularity/transfer system. When you perform well, some clubs will contact you, and you can choose to sign or negotiate. If you lead the national team to the world championship, you will gain huge popularity and have the opportunity to be favored by the top clubs.

⚽ We have customized the physics engine so that it can simulate the movement of the ball more accurately and naturally. When you hit the right place of the ball, it will draw a beautiful curve in the air.

⚽ You can customize your character, including jerseys, sneakers, numbers, skin color, hairstyles, etc.

⚽ The goalkeeper has an amazing AI. He will determine the direction and landing point of the ball in advance, and use the most appropriate save action to block your shot. When you face a world-class goalkeeper, your shooting skills will be tested the most.

⚽ Simulate the career of a soccer player.

⚽ Lots of achivements to unlock.

⚽ Completely based on physical simulation, whether it is passing or shooting, it will bring you a real and interesting experience.

⚽ Many countries and their leagues can choose, such as Brazil, Argentina, Spain, Italy, Britain, Germany, France, Russia, the United States, South Korea, etc. 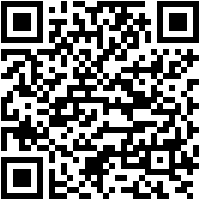 Ninja’s Creed is a free fun 3D real sniper assassination game with various types of assassination weapons. You will feel a real powerful shooting experience and top great 3d graphics. You need to hide your identity, secretly eliminate criminal gangs, disrupt underground deals, or assassinate supreme leaders of the crime forces, become the king of each region! Crush them all! It’s the No.1 shooting game that combines elements of Ninja assassin in 2020. Lock in target and end the evil with an arrow, become the invisible protector of the city! Be the hero, you are skilled-shooter!

📍 Features:
● Free epic action game with ninja assassin elements! You can play it without any paying!
● Top cool game graphics, exquisite 3D characters and cool maps, shocking slow-motion shooting.
● Excellent game design and level design, experience the real ninja assassin’s career.
● The first-person perspective, smooth motion animation, bring you a non-stop action experience.
● A variety of powerful weapons are available to use, such as bows and arrows, twin-crossbows, hidden weapon and so on, build your arsenal.
● Rich gameplay and modes, such as main story, hunting list, daily tasks, dominator, armed conflicts, bounty hunter and so on. You won’t stop playing.
● Use Eagle-eyed will help you locking targets in missions.
● Unlock talent to enhance skills and improve assassination strength.
● Eliminate evil gangs, become the king of areas.

Development team perfectly combined a variety of elements such as ninja assassin, action shooting, and born this unique action archer assassination game which named Ninja’s Creed, you can call it bow game, arrorw game, assassin game, 3d shooting game or cool fps action game, both ok! It is easy to play, using the new arrow deceleration special effect technology, which gives you different shooting experience every time you shoot. Ninja’s Creed is definitely the first-person bow and arrow action game that you have been expected. As a ninja shooter, you not only need shooting skills, but also get powerful weapons to improve your strength. We choose different weapon this time except for gun, though no guns in game, you can use unique weapons to get a special game experience. Use your weapons in a reasonable way and upgrade them, eliminate bosses as a bow master! Selecting the right weapon in different tasks will help you complete the task faster! Aim your target, be the archer king!

Experience this free and cool archer game now! Become the top dominator of these regions, guard the city and justice! Aim and shoot, crush them all! 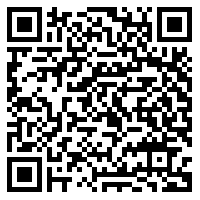 The description of King Arthur

From nothing comes a king. In this official film game, train as Arthur alongside his gang in order to harness the powers of excalibur and hold off Vortigern’s assault.

Features include:
– Time your attacks for optimized fight power
– Fluid cinematic martial combat optimized for touch controls
– Wield the powerful excalibur
– Compete on the leaderboard in challenging ranked missions
– Record your gameplay in HD video and share it on social media