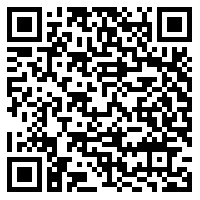 A fast and simple Android home screen for seniors and people with vision problems.

✔️ BIG Launcher makes the smartphone suitable for seniors, children, and people with eye diseases, motor problems or the legally blind.
✔️ Visually impaired and technically challenged users can use simple and easy-to-read interface with ease.
✔️ There is no fear of making a mistake and losing everything with stress-free navigation.
✔️ And it also features the SOS button which can save lives!

☎️ replaces the user interface of almost any Android phone or tablet with enlarged buttons and texts.
👴 designed in consideration with seniors and the visually impaired to provide maximum readability and easy use.
👉 controlled by single touches, leaving no room for errors.
🛠️ easily customizable to match your needs.
🌎 put the shortcuts for apps, websites, contacts, widgets and more directly on the home screen.
📺 add more screens and access them by swiping or pushing the buttons.
🔎 find the apps quickly with instant search or recent apps list on the top.
🔒 hide the apps you don’t want to use to protect users from getting lost in the navigation

🔹 Android 10 and Android Go compatible
🔹 100% accessible
🔹 high contrast color schemes and three different font sizes allow you to use your phone without glasses.
🔹 additional color themes and icon packs are available for download
🔹 extended support for Talkback screen reader allows legally blind users to use their phone with ease and confidence
🔹 all the apps can also be controlled by a hardware keyboard or via the Tecla wheelchair interface, enabling users with paralysis to have full and precise control of the smartphone without touching the screen.
🔹 compatible with Android 2.2 or higher. BIG SMS requires Android 4.4 or higher Play |||CENSORED|||, snake, racing, tanks and some other retro games. This app is carefully made simulator of famous Brick Game handheld retro gaming console. Brick Game had very simple design and operation but was very addicting and for many people it associates with their childhood, causing nostalgic feelings.

Each game has 10 speeds and 10 levels (displayed as 0..9), also each game has scoring system and remembers its highest score. Most games increase speed and some games change level. You can also set speed and level before play with Left/Right buttons and reset to 0/0 by pressing On/off button again.

|||CENSORED||| INSTRUCTION:
===================
Lock delay can be skipped by releasing and pressing Down button again, soft drop — Down button, hard drop — press Down button twice fast, Up button rotates in the other direction. Note that game has wall/floor kick so you can do some twists like T-spin (it’s not scored though). In classic |||CENSORED||| version pieces are drawn using a bag randomizer with cryptographically secure pseudo-random number generator, most other versions also use this technique with minor differences.

HINTS:
=======
• In racing game you can use brakes (Down button) if speed is more than 0 (but it costs score points).
• In digger game you can shoot monsters in the direction of last movement with Rotate button (4 missiles per game).
• In helicopter bomber game (by the way it has nice day-night cycle) you can speed up helicopter with Right button.
• In snake game you can move in reverse direction by pressing opposite button. BaldPhone is a platform which replaces the phone’s interface with a larger, simpler and friendlier one.

BaldPhone is made for elderly users, people with motoric or sight handicaps, as well as anyone who struggles with the daily use of smartphones.

BaldPhone is free for all, completely open source. No ads, no charge. it is made out of a desire to help the community and is purely a goodwill product 🙂

It’s recommended for people who have a difficult in typing to use BaldPhone’s special keyboard.

The interface of BaldPhone is big, simple, and accessible for seniors and elderly. How to Lock Whatsapp Chat 2022