Created by NASA’s Jet Propulsion Laboratory, this stunning educational app uses native mobile augmented reality to bring spacecraft explorers from across the solar system to whatever space you’re in. Find a flat surface and view interactive 3D models right in front of you, scaled to table-top size or in their true-to-life proportions. Take pics with the spacecraft in your favorite environments, and explore detailed info about their fascinating missions.

This tool is excellent for budding astronauts, teachers, and space enthusiasts. Bring NASA’s journey of exploration to life in the classroom, home, or anywhere. 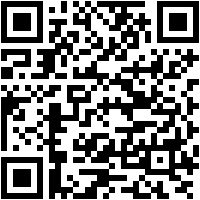 The initial version of the app works with Android devices that support ARCore, with plans to add additional device compatibility in the near future, including iOS devices.

To create the experience of having virtual spacecraft in your space, Spacecraft AR uses the same high-quality 3-D models as a previously released NASA app called Spacecraft 3-D, but with a breakthrough new capability. Whereas Spacecraft 3-D works best with a printed image called a target or marker, Spacecraft AR works with a flat surface — no target required.

“The Spacecraft AR app is an exciting new way to get up close and personal with NASA’s robotic missions,” said Kevin Hussey, manager of JPL’s visualization team, which developed Spacecraft 3-D and worked on the new app with Google. “We can’t wait for people to try it, and we’re looking forward to adding many more spacecraft to the app in the future.”

Within the Spacecraft AR app, users swipe to select among missions that observe and explore Earth, Mars and the other planets, and choose the spacecraft they would like to see. Once the app detects a flat surface, users simply tap the screen to place the spacecraft into the scene in front of them. They can take and share photos directly from the app and view in-depth information about each mission. And for those using the app in spaces that are large enough, there’s even a button to view the spacecraft at their actual sizes.

JPL is a division of Caltech in Pasadena, which manages the laboratory for NASA.