The 2016 Motul FIM Superbike World Championship has a new contender and that is YOU: the SBK Official Mobile Game is back and now totally FREE TO PLAY!

“It’s an entertaining game which captures the technicalities of the sport.” (Pocket Gamer)
“A bright spot among a lot of pretty lame and average sports titles.” (Operation Sports)

Experience the thrill of handling a 200 HP beast, speeding through the most challenging race tracks in the world: Aprilia, Kawasaki, Honda, Ducati, MV Agusta, BMW or Yamaha… the choice is yours!
Compete against reigning Champion Jonathan Rea and other real SBK riders or measure your riding skills in the new Test Ride mode to unlock a game-changing reward.

Feast your eyes on realistic 3D graphics with dynamic lighting effects and go wild with as many as 10 different control options – including motion, virtual joystick and mobile game pad.
Discover the new game physics and push it to the limit until you hear the screech of tires skidding on tarmac as the rear wheel loses traction and you fight to regain control of your bike.

Step up the challenge and become the new Superbike World Champion: ride your way to victory in the fastest lane of all!

– 13 rounds set on 4 continents, including the new German circuit of Lausitz
– 24 star riders from an international roster, including former world champions Tom Sykes and Sylvain Guintoli
– 4 game modes, including Championship, Quick Race, Time Attack and Test Ride, where you take on a series of trials to prove your skills and earn yourself an ad-free experience
– Take the rider’s seat with the new cockpit view
– Enjoy gaming to its fullest with a mobile game controller

SBK16 was developed in conjunction with Dorna WSBK Organization to ensure an accurate representation of the white-knuckle SUPERBIKE RACING style and offer the most realistic motorcycle racing experience on Android.

Although SBK16 is totally free to play, the game also provides for a PREMIUM gaming experience, allowing you to remove advertisements: you can do that through an optional in-app purchase OR you can earn it by beating the new Test Ride mode. Play the beginning for FREE. A one-time in-app purchase unlocks the full game.

Lead a motorcycle gang on an epic journey across the country in a brutal driving combat road rage adventure!

Road Redemption is an action racing game set in a post-apocalyptic world ruled by a ruthless dictator. Fans of Mad Max will feel at home here.

A TRULY EPIC QUEST 😈
After years of bloody street warfare, the country’s biker gangs have settled into an uneasy truce.
This period of peace is interrupted when the leader of the country’s richest weapons cartel is assassinated, and a huge bounty is put on the mysterious assassin’s head. It’s up to you and your fellow gang members to chase down the assassin and claim this prize, but you’ll have to race through enemy territory to do so. Every biker in the country wants a piece of that bounty, and they won’t hesitate to take out those who get in their way!

COLLECT AND CUSTOMIZE 💲🔧
The roads can be lethal. Fortunately, every time you die, all the experience you’ve collected can be used to upgrade your character, your bike, and your weapon. Roguelite mechanics allow players to experiment with unique arsenals and customized loadouts for each run. Earn money to buy mid-run boosts by racing and completing assassinations, robberies, and other challenges in your path.

DEEP GAMEPLAY
Massive, expandable skill tree.
Tons of brutal weapons for combat. This is more Twisted Metal than it is Mario Kart. Earn loot to upgrade your character, your bike, and your weapons.
A deep motorcycle fighting system with grabs, kicks, counters, critical strikes, and more. Win races packed with action and hazards to gain cash.

OTHER FEATURES 💀
Experience the start of the journey for free, then upgrade to the full version with a one-time purchase.
Absolutely NO ads and NO additional microtransactions.
Supports gamepad or customizable touch controls.

FROM PC TO MOBILE
Experience the road rage adventure enjoyed by over a million PC users.
“It looks nice, has a rocking soundtrack and a surprising amount of depth.” 90% – Gamespew
“An incredibly successful spiritual successor to Road Rash” 90/100 – RageQuit 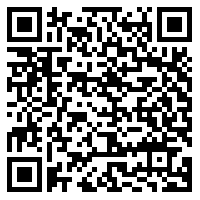 MotoGP 2022 Season Edition. Finally, a motorcycle racing game that keeps you on the track and focused on what wins races, TIMING! Timing on the brakes and timing on the throttle. Experience the intense racing action that is MotoGP. Race as your favorite rider and join them on the podium of the Fan World Championship, or customize your own bike and challenge your friends with the highest scores.

Actual tracks and realistic graphics make this one of the most incredibly beautiful games in the App Store. Our mission was to create a game which gives you a feeling of the intense competition that is MotoGP where races are won and lost by a fraction of a second.

A GAME EVERYONE CAN PLAY

Controls focus on what wins’ races: Time your braking into corners and your throttle when accelerating out. We have made gameplay simple and easy so everyone can enjoy it, however it is much more challenging to master than it may appear.

You compete for the highest scores by being fast and controlled, connect with your friends and challenge them on different tracks. Watch the leaderboard and stay on top by beating your friends’ scores.

You will see your rank in each division change dynamically as you improve your scores on each track. As you reach the top ranks in each division you will be promoted to the next, until you reach the world’s elite MotoGP racers in Division 1. Your skill and commitment will be recognized on the global leaderboards.

UPGRADE FROM OPEN BIKE ROOKIE TO YOUR FAVORITE RIDER

When you first get started choose an authentic sponsor such as Alpinestars, Tissot or Nolan, your sponsor will pay you to race. Use the currency you earn to upgrade your bike which makes you more competitive. If you wish to join an official team or race as your favorite rider, you can save up virtual currency to acquire them or make an in App Purchase.

RACE AS YOUR FAVORITE RIDER AND JOIN THE FAN WORLD CHAMPIONSHIP

Enter the Fan World Championship (FWC) and race as your favorite rider. The fan who has the highest score on each track will join their favorite rider on the FWC podium each fortnight. Win amazing prizes like Tissot Watches, Nolan Helmets and the FWC Trophy supplied by Brembo. This is the official mobile eSports of MotoGP.

RACE EACH TRACK AND WATCH YOUR STATISTICS IMPROVE ON THE TIME SHEETS.

As you race each track your “score card” automatically updates, recording your high score on each track and best place finish. It also updates with your maximum combo and records telemetry data, recording your average timing variance to perfection. The racing physics are models on Marc Marquez, the 2016 MotoGP World Champion.

There is always a wide range of tournaments running sponsored by the leading brands in the sport. Win great virtual prizes and sometimes real stuff which we will ship to the winner’s home.

This is the real deal. When you download and play this game you are connecting with the sport on a very realistic level.

IMPORTANT: MotoGP Championship Quest requires an internet connection to play and an iPhone 5 or iPad 2 or later versions.

MotoGP Championship Quest is free to play, however you can choose to pay real money for some extra items which will charge your iTunes account. You can disable in-app purchasing by adjusting your device settings.

Join the millions of fans in our social media community and get updated information on tournaments and MotoGP results. From the producers of Racing Fever comes a brand new motor racing experience!

In this game, we have blended all the adrenalin, fun and excitement a pair of tires can offer together for you. With the amazing racing experience and breathtaking graphics, you won’t be able to put your phone down.

Realistically modeled motorcycles
We have modeled 16 different motorcycles down to the smallest detail for you. Take your pick, improve its performance, alter its design and start racing.

A racing adventure with 4 different gang leaders and tens of levels
4 different regions and 4 ruthless gang leaders! Tens of different racing types in different seasons in an amazing atmosphere await you. Defeat all 4 leaders to prove that you are the best racer!

4 different control options
We know that no two racers are alike! We included a control option to satisfy you all. Control your bike by tilting your phone or by touching the screen. You have no excuses left to win the race!

Support in 23 different languages
Don’t worry, we understand and speak the same language as you!

Escape Mode
In this game, speed limits were set to be broken! Remember that when running from the cops, it is just you and your bike!

Daily Bonus Mode
We didn’t forget to add a mode where you can race daily to win valuable gifts!

Private Mode
You get to set the time of day, weather conditions, traffic density, speed and flow and even the number of cops! You set the rules, you win the race!

Please don’t forget to get in touch with us with your feedback and suggestions! Five scams to be aware of during the holiday season