This is a scientific application that simulates the solar system dynamics using the information provided by the NASA NEO Program. The Near Earth objects and objects close to other planets will be reported in real time. The advanced graphical interface allows you to monitor the orbits of celestial bodies as a function of the elapsed time.
X rays and protons emitted by Sun are also notified to have a complete view of the dangers from space. 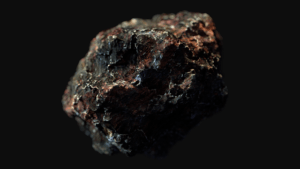 For practical reasons
● The maximum resolution is achieved for asteroids that are less than 0.1 AU from the planets. The application photographs the situation on the current date and simulates events that will occur in the future or have occurred in the past.
● The number of asteroids plotted in the asteroid belt is only a fraction of the real number.
● The asteroids not yet included in the NASA NEO database may not be notified.
● X rays and protons levels are processed and saved continuously. The solar activity indicated as a significant event, has been inferred through the Statistical analysis of about 6 months of data sampling. The prediction will be improved with the increasing of data amount.

Space is our next frontier. All scientific projects will need your support!

install Windows 11 For All Android Device ?