Celebrate the 50th anniversary of the Moon Landing with an immersive AR app that places you right in the action of NASA’s daring space missions of the 1960s. The perfect companion to Smithsonian Channel’s landmark six-part series, the “Apollo’s Moon Shot AR” app gives you an out-of-this-world close-up of some of the landmark events that defined the start of the Space Age. Download for free now and blast off into space with us!

App Features:
• Place yourself in the middle of the moon mission: Launch your own Saturn V rocket, sit inside the Lunar Command Module of Apollo 11, and step through a portal to explore the lunar landscape with several exciting AR features.
• Take a selfie on the Moon, suited up in the authentic Apollo 11 spacesuit, and share with friends on social.
• Play two thrilling AR simulation games, the “Moon Shot Challenge” and the “Lunar Landing Challenge,” to test your ability at navigating a course to the moon and dodging craters and boulders to make a smooth lunar landing.
• Turn notifications on to immerse yourself in hour-by-hour updates about the historic Apollo 11 mission – from liftoff to landing – leading up to the 50th anniversary of the Moon Landing on July 20, 2019.
• Navigate an interactive timeline to learn the extraordinary history of the Space Age, with quizzes, videos, and fascinating facts that make the past come to life.
• Get close to rare artifacts and paraphernalia from NASA’s lunar missions, including authentic 3D scans of Neil Armstrong’s space suit and the Lunar Command Module.
• Watch exclusive clips from episodes of Smithsonian Channel’s “Apollo’s Moon Shot.” 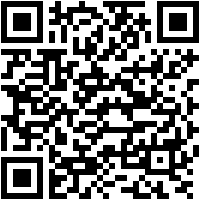 install Windows 11 For All Android Device ?