Each cat has their own unique vocabulary that they use to communicate with their owners consistently when in the same context. For example, a cat can have their own distinct meow for “food” or for “let me out.” This is not necessarily a language, as cats do not share the same meows to communicate the same things with each other, but we can use Machine Learning to interpret an individual cat’s meows and translate that into a human readable language. MeowTalk by Akvelon gives your cat a voice!

Using machine learning MeowTalk instantaneously translates your cat’s meows into one of nine general cat intents; these nine intents represent cat moods and states of mind and are as follows:

In addition to these nine general intents, each cat also has a unique vocabulary of meows. You can train the MeowTalk app to learn your cat’s unique vocabulary of meows by telling the app what each meow means when your cat makes it. When you give the app 5 to 10 examples of a specific meow for your cat (e.g. “food”, “let me out”) the app can start to recognize that meow when it hears it. The meow recognition is updated once a day so it may take up to 24 hours for the app to start recognizing the new word after you have provided the training information.

To train the app to learn a specific meow pick a context where you know with certainty what your cat is trying to say (e.g. at feeding time the cat is saying “food”, at the door the cat is saying “let me out”). Use the app to translate those meows. You will get one of the nine general intents as a translation, select “No, Change it” and then provide the correct translation. Repeat this 5 to 10 times then wait up to 24 hours for the app to update and learn your cat’s new word. 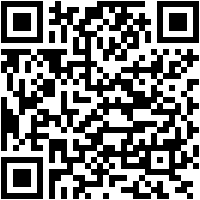